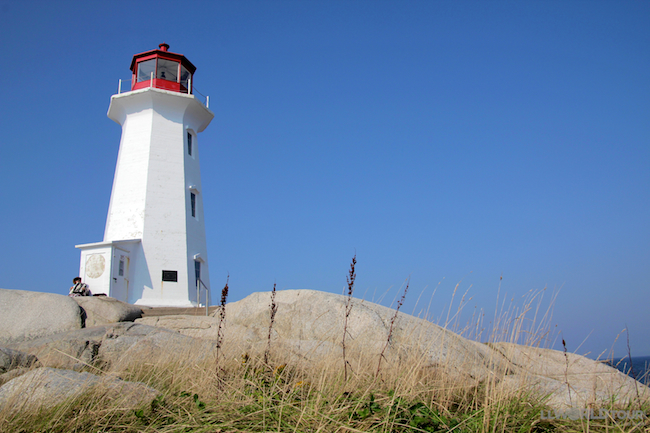 “These are salt of the earth people. They’re the type of folks that would be quick to tell you that you have broccoli in your teeth,” says Monica MacNeil, our guide from Nova Scotia Tourism, as we drive toward one the most photographed spots in Nova Scotia: Peggy’s Cove.   At times there are more visitors here than the town’s population which is less than 100 folks. 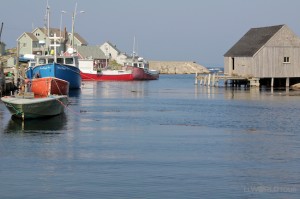 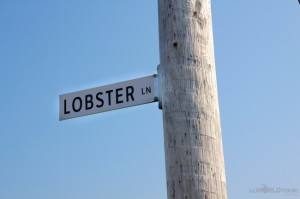 I am told that in Nova Scotia you are never 40 minutes from the sea.  With such a long coastline, it still sounds shocking that in this tiny province, there are about 150 Lighthouses in Nova Scotia. Dozens of tour-bus visitors scamper across the rocks around the iconic lighthouse while a slightly-worn accordion-playing woman fittingly belts out some tune about Peggy…and her cove, I suppose.  Apparently a few folks have gotten too close to the edge to snap a photo and slipped right into the churning sea, literally to their deaths.  Hence the need for a few foreboding signs warning of possible imminent death. 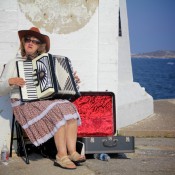 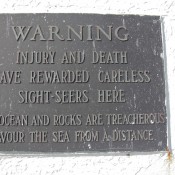 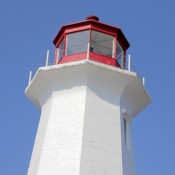 Unfortunately, the air hangs heavy with death here and not just from a few missteps. Just one kilometer up the road is a memorial to Swiss Air Flight 111.

On September 2, 1998, the MD-11 flight, which was on its way from New York City to Geneva, Switzerland, crashed into the Atlantic Ocean right here killing all 229 crew and passengers on board.  The flight crew had detected smoke coming into the cockpit and had requested a non-emergency landing in Boston. Air Traffic Control offered up Halifax airport, which was even closer.

In the next several minutes, the crew proceeded to go through their ‘unknown smoke checklist’ (they had yet to ‘see’ any fire) and after heading toward Halifax Airport, they circled back to the Atlantic to dump fuel.  From some reports of burned and melted parts, it appears that fire eventually affected the cockpit which caused the auto-pilot and other controls to shut down.

Later reports showed that electrical arcing—a discharge of electricity from a damaged cable—from the wiring for the in-flight entertainment system, triggered the fire which spread rapidly in the plane’s insulation materials, while no one on board new of its severity.  To investigators’ surprise, the aircraft’s thermal insulation blankets, which had passed an FAA test for fire safety, readily ignited in a test conducted during the largest transport investigation in Canadian history.

Just 10 minutes after the initial call, matters grew rapidly worse.  It is said that the spreading fire led to the failure of key displays and systems making the crew unable to control the aircraft. Because it was pitch black out and he had no light to see the controls after the displays failed, the pilot was forced to steer the plane blindly.

The first officer continued to try to fly the crippled plane possibly in immense heat.  He shut down the second engine approximately one minute before impact, implying he was still alive and at the controls until the aircraft struck the ocean, just about 17 minutes after their initial urgent (but not emergency) call.

The plane hit the ocean going a speed of about 350 mph, at a 20 degree nosedive, and at a bank turn angle of 110 degrees (think of 90 degrees as perpendicular to the ocean).  The aircraft disintegrated into millions of pieces on impact, killing all on board instantly.

A search and rescue operation was launched immediately by the Canadian Coast Guard, the Canadian Forces Air Command, the Maritime Command and the Land Force Command.  Dozens of nearby fishing boats and coast guard ships hurried to the crash site, about six miles off the coast of Peggy’s Cove.

Because of the impact, only one single passenger was able to be identified visually, the rest were identified by fingerprints, dental records, and DNA and the operation quickly became one of search and recovery.

Eventually 98% of the plane was recovered, including 150 miles of wire, and painstakingly sorted, labeled, pieced back together, and used to rebuild the front of the plane inside a hangar in Halifax.  The meticulous investigation went on for four years at the cost of approximately $39 million dollars. 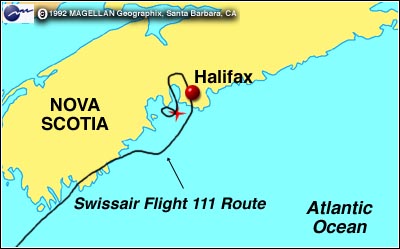 The cockpit voice recorder and flight data recorder were found by a submarine using sonar. However, both had stopped recording when the aircraft lost electrical power at approximately 10,000 ft, 5 minutes before impact. The crash is generally believed to have been caused by faulty wiring, after the entertainment system in the plane started to overheat.

Airline safety expert David Evans said in an interview with PBS’s Nova, “the legacy of this case is enormous, because we have a continuing problem with in-flight smoke and fire. I like to say that if the cabin of a modern jetliner was a restaurant, it would not get an occupancy permit, because you’ve got people in a confined space with no fire detection or suppression, and they’re sitting on top of high-powered electrical circuitry and a big load of fuel. You have all this in very close proximity.”

The only fortunate bit of news in all of this was that the plane did crash into the sea and not on land in Nova Scotia perhaps killing even more.  Also, the sea water was advantageous in instantly stopping the fire and leaving the debris exactly in the state it was just before impact. 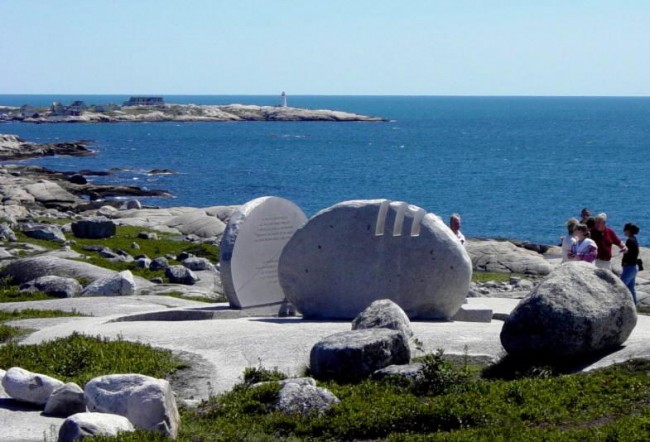 I have to admit, as we stood at the shore on this beautiful sunny day in Nova Scotia, I couldn’t fully remember the whole story.  It wasn’t until now, when researching this story, that my heart began to pound rapidly reading the transcripts and listening to the recordings.   I couldn’t hold back the tears for all these lives – famous United Nations officials, diplomats, students, couples heading to vacations, the pilots’ families back home, daughters, fathers, lovers. Some of the families of the victims return every year to this place, while others have even bought property here to be even closer.  While only 3 victims were actually from Canada (nearly half were Americans, then Swiss and French), the residents of Nova Scotia and Peggy’s Cove instantly mobilized to pitch in and have been here to welcome the victim’s families still to this day…

Disclosure:  I was a guest of Southwest Nova Scotia, the Nova Scotia Tourism, & the White Point Beach Resort, but, as always, my writing and views are my own.

Previous Post: « A Trip Around Nova Scotia: Halifax & the 100 Year Anniversary of the Titanic Sinking
Next Post: Photo of the Week: The Underwear of Aracena, Spain »