What did we ever do before the internet? Well, the same thing we did without VCRs (and now DVRs), mobile phones, and microwaves. We went to the library and looked things up in the encyclopedia and we watched less TV and we called people when we got home. We lived like normal and we were just fine.

And before I had this blog, I still traveled.  Up to now I have been to about 43 of the US States and about 45 countries.  I have decided to post some of these trips here so I can basically have a more complete list of my travels all in one place… and also so people can stop asking why I haven’t gone to Greece or Japan, when in fact I have, it was just B.B. (before blog).

In 1996, I met my college friend Katie in Europe for my very first trip abroad.  For 3 weeks, we backpacked from Paris to Rome, Florence, Venice, and Pompeii, to Zermatt and Lucerne in Switzerland and finished in London. It was quite a whirlwind. I was amazed, awed, scared, anxious, shocked, and simply delighted. I remember our very first night we had already befriended another traveler (a solo girl from San Diego) and drank a bottle of wine literally on a Parisian rooftop (we climbed out our tiny hotel room window).  It was amazing and exciting and yet I remember feeling scared and homesick. What was I doing? Why was I here? It’s hard to believe now as I look back how far I have come and all the traveling I have done since that first night when I felt so very far away.

I was definitely out of my comfort zone and not exactly sure what I was in for. But, just like now, I realized I just needed a day to acclimate and then, boom! I fell in love. The streets of Paris amazed me. The history everywhere you looked; the luscious architecture; the cafe life; the fresh breads and pastries. My first European train ride through the French countryside literally reminded me of  “Snoopy vs. the Red Baron.” The animated countryside of rolling green hills dotted with stone farmhouses and cypress trees was right here before me in real life. I couldn’t get over the buildings of ancient Rome – narrow lanes of old buildings and shops, then BAM, you turn a corner and your jaw drops as the huge Pantheon reveals itself. Or you come face-to-face with the Colosseum still standing after nearly 2000 years. It is still mind-boggling to me to this day. I remember seeing Mt. Vesuvius and the ancient city of Pompeii. It was amazing and a much bigger town than I even imagined; shops, homes, and people wiped out in an instant. 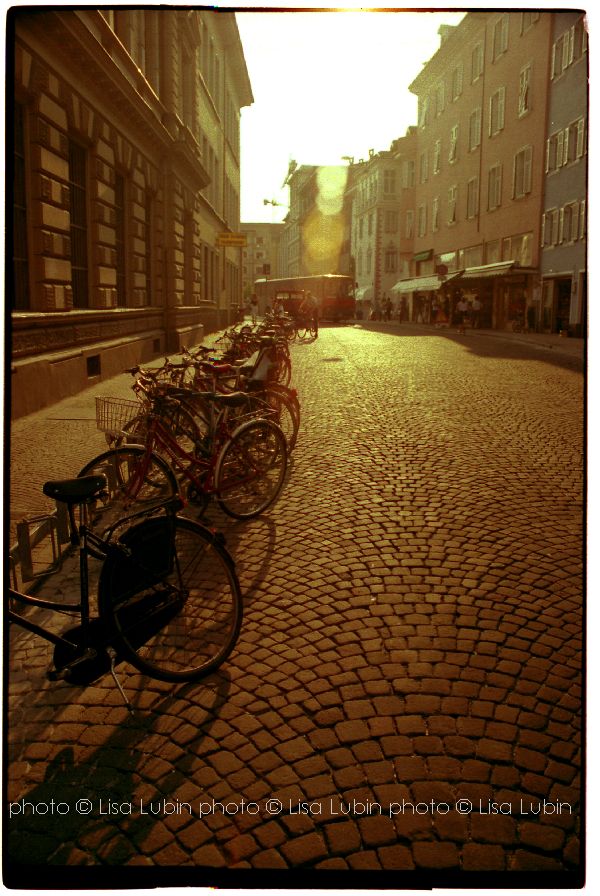 Switzerland dazzled me with its perfectly quaint alpine homes decked with flower boxes bursting with hardy, chromatic petunias. I was in love with its efficiency, cleanliness, and perfection – a stark contrast to Italy’s craziness, bustle, and messy passion. I liked a little of both and figured my dream home would be somewhere near Lake Como and the alps of northern Italy, not far from the Switzerland border… the best of both worlds.

London was our final stop and, at the time, the least interesting. Perhaps it was because I was exhausted. Perhaps it was because everyone spoke English and it was like being back home. About ten years later I would be back in London for a month and would come to love it much more and get to know its great neighborhoods and fun, charming people.

After my trip, I made a new life goal – to go abroad somewhere every year during my vacation time.  And I did just that.*

*It didn’t hurt that in the ‘old days’ (read: 1998) of my job at ABC7 in Chicago, we had this amazing deal with United Airlines for approximately 40% off international fares. Unfortunately, like all good things, it didn’t last. But it allowed me to travel abroad for cheap for the first few years at least. Yay, perks!

Reality Sets In: How to Combat P.T.D. (Post Travel Depression) & Reverse Culture Shock
Next Post: Where Next? »