Since it opened as a public park in 2010, Tempelhof has become the most popular open space in all of Berlin. In a space larger than NYC’s Central Park, people come out to run and ride bikes on the parallel runways, fly kites, and have picnics and barbecues all over the lawn.

Berlin’s Tempelhof Airport closed all operations in 2008. Since then events like trade fairs and music festivals have taken place here. Now renovations are taking place alongside important conservation measures to preserve and protect the land. The airport building was built in the 1930s and had since been used by the Nazis as a place for forced labor and arms production, then became the opposite – a symbol of freedom during the Berlin airlift of 1948-49.

In 1948, the Soviets halted all traffic by land and by water into or out of the western-controlled sectors of Berlin. The only remaining access routes into the city were three 20 mile-wide air corridors. The Western allies had to choose whether to abandon the city or try to supply the inhabitants with food and other necessities by air.  Operation Vittles, the unofficial name of the airlift,  lasted the next eleven months and sustained the city’s 2½ million residents in one of the greatest feats in aviation history.

Tempelhof also became famous as the location of Operation Little Vittles: literally dropping candy to children living near the airport.

We had a great tour of the old Airport despite buckets of snow falling. It’s a beautifully preserved historical gem and we learned that the Tempelhof Projekt has some plans in the works for preserving the building and outdoor space, with the idea that it would not take away from the history, but only add more useable space to such a great place that all Berliners seem to already love. 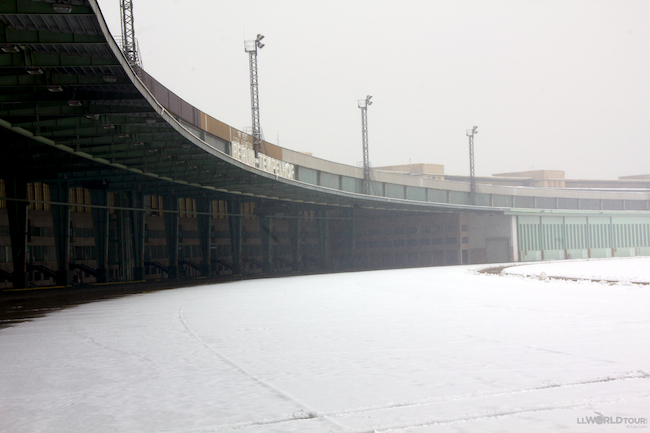 Since 2009, the government of Berlin has been the sole owner of the buildings and grounds of the former airport. 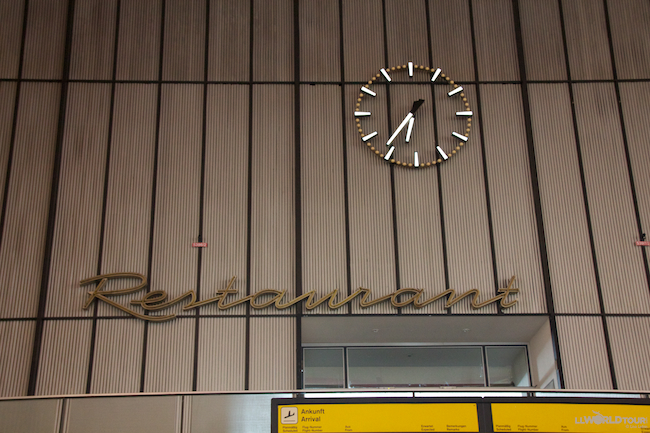 The government commissioned the Tempelhof Projekt to propose some development of the area. You can imagine the public, who loves their huge park, is concerned as to what this will mean.  The conscientious new plan will preserve a huge part of the open space, incorporating a new water feature plus adding about 200 trees. On the perimeter, they do plan some new city residences plus a new public library. Also, startups and tech companies are filling some of the old office spaces within the airports buildings. 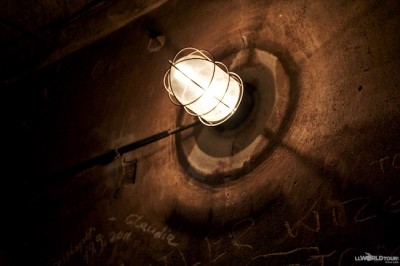 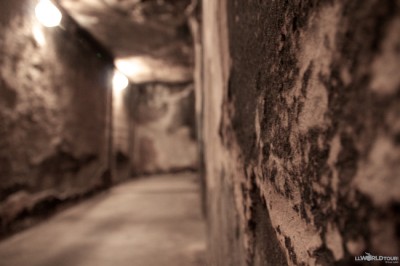 Now I just have to get back there in the summer to really see the park in full spring full of Berliners enjoying a sunny day.

Disclosure: During my entire time in Berlin, I was a guest of Go with Oh and Oh-Berlin. I was a guest of the Tempelholf Projekt for this tour.  As always, my writing and opinions are my own.