My Midwest: Where to Eat in Pittsburgh on a Quick Visit

You are here: Home / North America / USA / Pennsylvania / My Midwest: Where to Eat in Pittsburgh on a Quick Visit 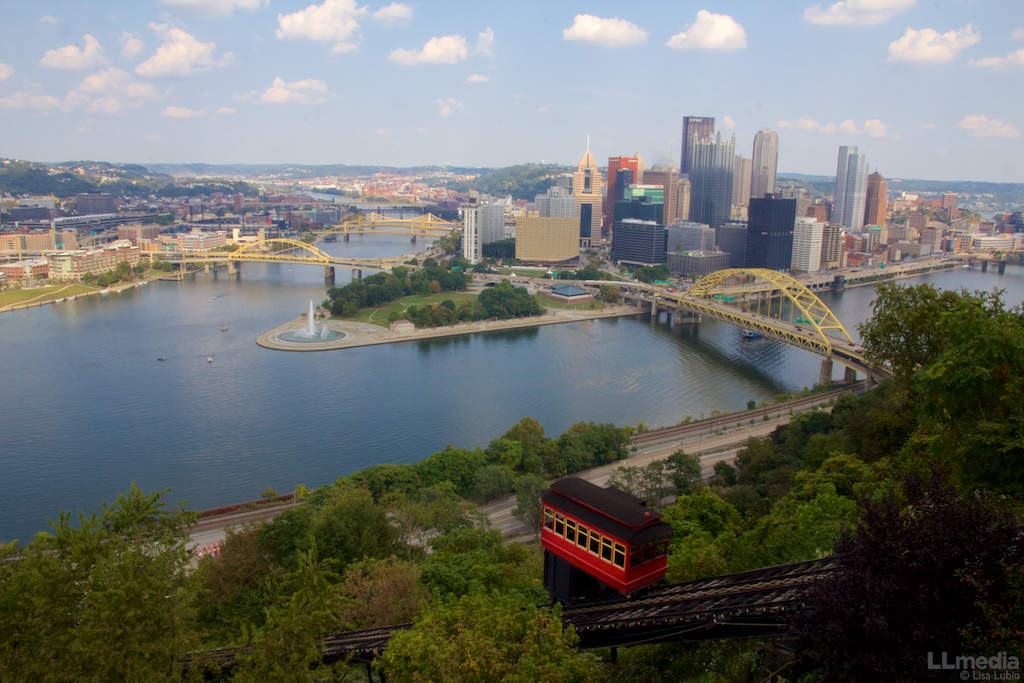 First of all, there is a quite a debate on whether Pittsburgh is a Midwest city or part of the Northeast. Pennsylvania itself might be more of an eastern state, but Pittsburgh is way over on the west side of the state and is closer to Cleveland and even Indianapolis than it is to New York City. From what I hear, most Pittsburghers consider themselves as part of the east, but even they debate about it and some say culturally they are more Midwestern. And since this is my blog and I’m originally from New Jersey, where we think the east coast stops basically at the Delaware River, I’m calling it Midwest! Plus it also then fits nicely into the My Midwest category. 🙂

Pittsburgh is a much more photogenic city than you may realize. When I started hearing more and more about its revitalization and then looked at photos of this city, I was blown away! I had to finally come for a visit. It’s beautiful! The Steel city sits right between two large rivers (the Monongahela and Allegheny converge here to form the Ohio River). It’s said to have more bridges than any other city in the world including Venice (although this is debatable depending on the definition of a “bridge” — vehicular or pedestrian — as Hamburg, Germany also claims this title). Hopping onto the Duquesne Incline (also known as a funicular) to the top of Mt. Washington will reward you with stunning views of the entire city and its surrounding waterways.

Like so many Rust Belt cities, this area was once a booming center during the Industrial Revolution. After a major decline, the city has reinvented itself as a booming tech hub with Carnegie Mellon’s world-famous robotics and engineering labs, many big-name tech offices like Apple, Facebook, Google and it’s the main test city for Uber’s autonomous vehicles.

Where to Eat in Pittsburgh

With great ethnic roots, Pittsburgh’s food scene grew out of the working class and various immigrant groups that have called this town home for a couple generations. Many neighborhoods just outside of downtown are thriving with restaurants that are holding on to their roots while looking to the future.

This was the first place I ate in Pittsburgh, and one of my favorites. Not just another hipster food hall, Smallman Galley is a unique restaurant incubator founded by two former Navy lieutenants. They take applications from chefs all over the U.S. to fill just four stalls here. The talented chefs are then given tools and training to hone their skills as business owners with the goal of opening their own restaurant. Co-owner, Tyler Benson said that in traveling the world he’d experienced these grand food halls with great culinary talent and wanted to bring part of that back to Pittsburgh. The chefs rotate out every 12 months. When we were there we got to taste dishes from all four spots which included everything from a pho-like soup to Detroit-style pizza to deconstructed s’mores. 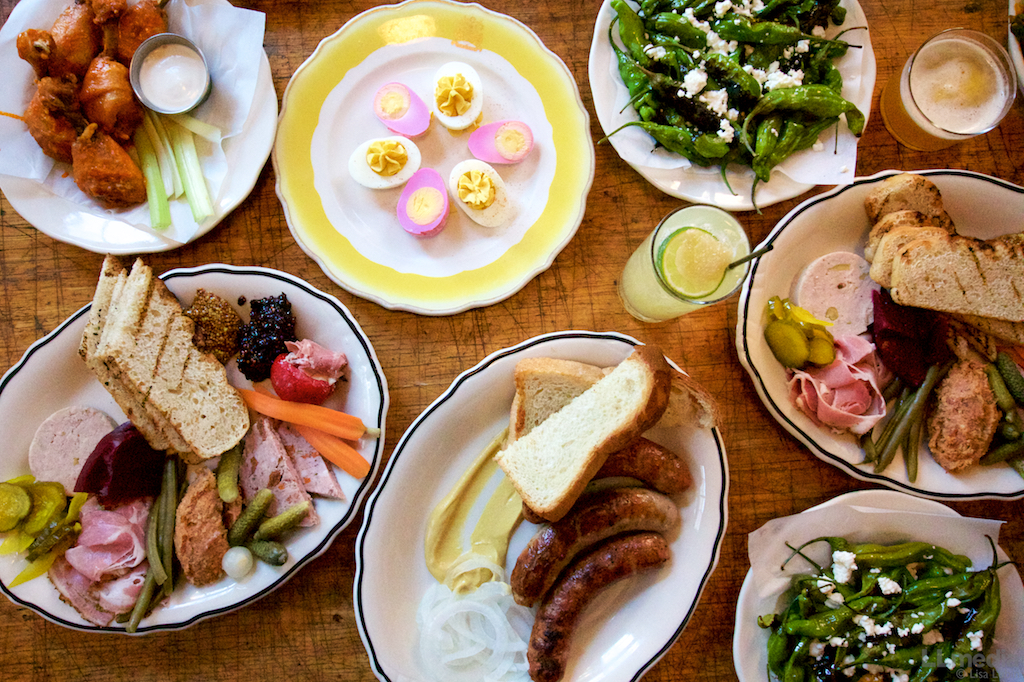 Situated inside the trendy Ace Hotel, Whitfield has a retro, subway tile vibe and serves locally sourced “food from Western Pennsylvania.” It’s a varied menu that lifts from the various ethnic-groups who settled in Pittsburgh such as Polish, German, Italian and Jewish. The menu is meat-heavy with a butcher’s plate of charcuterie and pates as well as a generous steak offering and duck and rabbit dishes.

Six-year-old Bar Marco is a popular favorite in the Strip District. The cozy neighborhood spot serves up satisfying Italian with a modern flair inside at 1860s firehouse. Something to note—they have a “no-tipping” policy and stress that their staff is already paid a fair salary. But just be warned, this does mean that the prices are a bit higher than normal. Justin Steel, Co-Owner and Chef says the convivial atmosphere helps promote conversation and keeps that feeling of their “big, small town.” 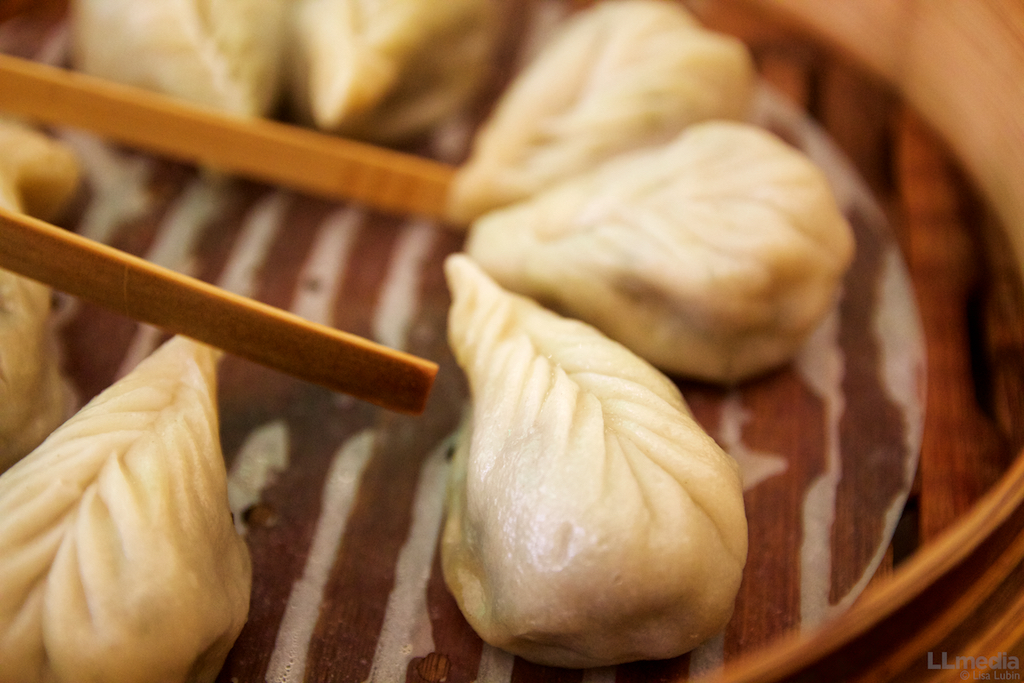 As I’ve mentioned so often, the best thing about traveling is meeting locals. And when you are fortunate to have friends all over the world like me, it’s even more wonderful! I was only in Pittsburgh for a couple of days and was so glad to be able to catch up with my old college friend, Jacqueline, for lunch. She suggested Everyday Noodles in the cute Squirrel Hill neighborhood. I actually decided to take an Uber to the adjacent Shadyside area and walk from there (uphill!) to meet her. This way I could see two ‘hoods, plus some really charming residential streets in between the two. I love getting a feel for the residential areas of cities where people actually live — probably because it’s my favorite thing about where I live in Chicago. I’m in the city, but in an area that could just as well be a village of its own.

Everyday Noodles was the perfect neighborhood gem. They offer authentic Chinese noodles and dumplings in a comfy, yet modern setting. The best part was being able to watch the chefs behind the glass stretch and slam the dough into submission forming the tasty noodle strands. We tried some of their special soup dumplings (xiaolongbao) and noodle dishes. Delish!

You can’t come to the ‘Burgh and not try the local staple – a cold-cut sandwich with the fries and coleslaw all stuffed inside. Okay, I didn’t actually try one. I try to avoid meat when I can and I actually am the odd human being that doesn’t really like fries. But Primanti Bros. has been feeding hungry Pittsburghers since the 1930s and was a cool place to check out.

I’m not a big cake eater either, unless it’s a rich, flourless chocolate cake. Basically, put a solid bar of chocolate in front of me for dessert and I’m a happy woman. BUT…I discovered a new love in Pittsburgh: Prantl’s Burnt Almond Torte. Some have called it the best cake in America. I might have to agree. It’s light and airy, almost like an angel food cake and covered in a light buttercream and these wonderfully crunchy toasted and sugared almond slivers. Why isn’t this cake everywhere in America? Well, the good thing is they will ship it to you.

For a great overview of the food scene in Pittsburgh, take a Burgh, Bits and Bites culinary walking tour. We took the Strip District neighborhood tour. The Strip district is a gritty area once known for factories and mills and is now becoming a trendy spot for dining where gritty old-school markets are now side by side with hipper restaurants. 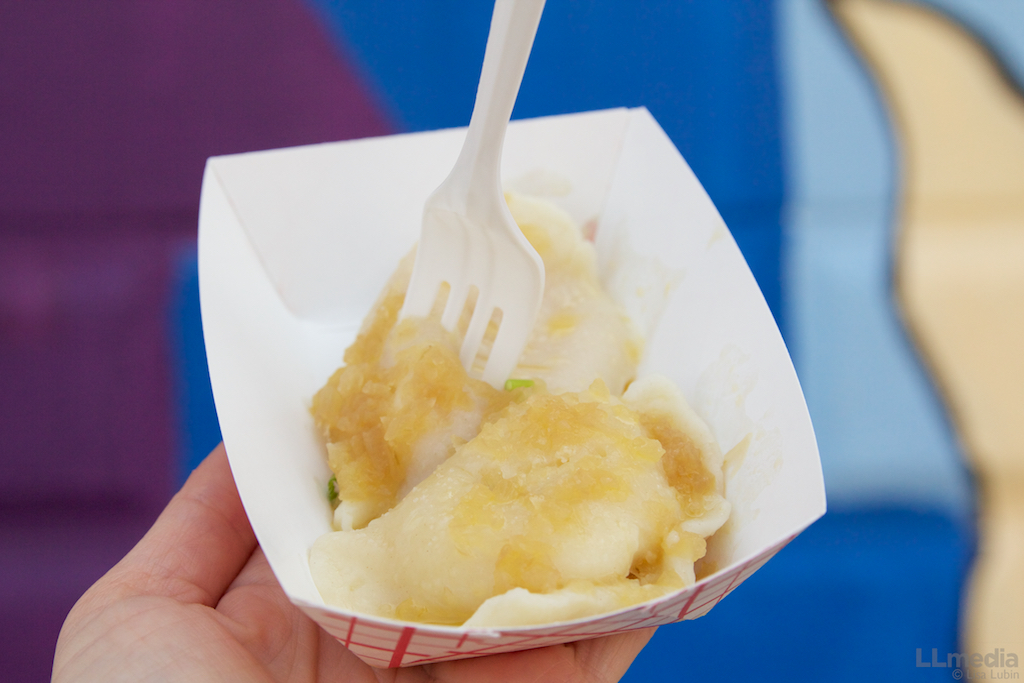 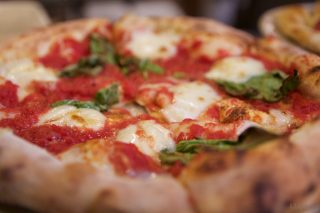 The 2-3 hour walking and eating tour gave us a behind-the-counter look at a variety of historic and newer eateries along Penn Avenue with taste samples from Italian, Mediterranean and Polish specialties, to European meats and cinnamon bread.

For more on the Pittsburgh food scene check out my friend’s over at Discover the Burgh and their current Top 10 Restaurants in Pittsburgh.

Where to Stay in Pittsburgh

For a first timer, I could not have stayed in a more centrally located spot downtown. The historic Renaissance Pittsburgh was recently renovated with all new beds and more modern décor. It sits right on the river so just make sure to request a room with a view.

Why I Want to go Back to Pittsburgh

Besides needing to return to keep eating my way through the city and try some spots on my list that I missed like Cure, Morcilla and Tako, I also am toying with the idea of riding the GAP Trail. I’ve been doing more longer-distance bike rides at home in Chicago and think this would be a gorgeous multi-day trip in the fall! The Greater Allegheny Passage (GAP) is a rails-to-trails path that runs 150 miles from Pittsburgh to Maryland. Most importantly, it’s nearly all flat!

Check out these other Pittsburgh Posts: 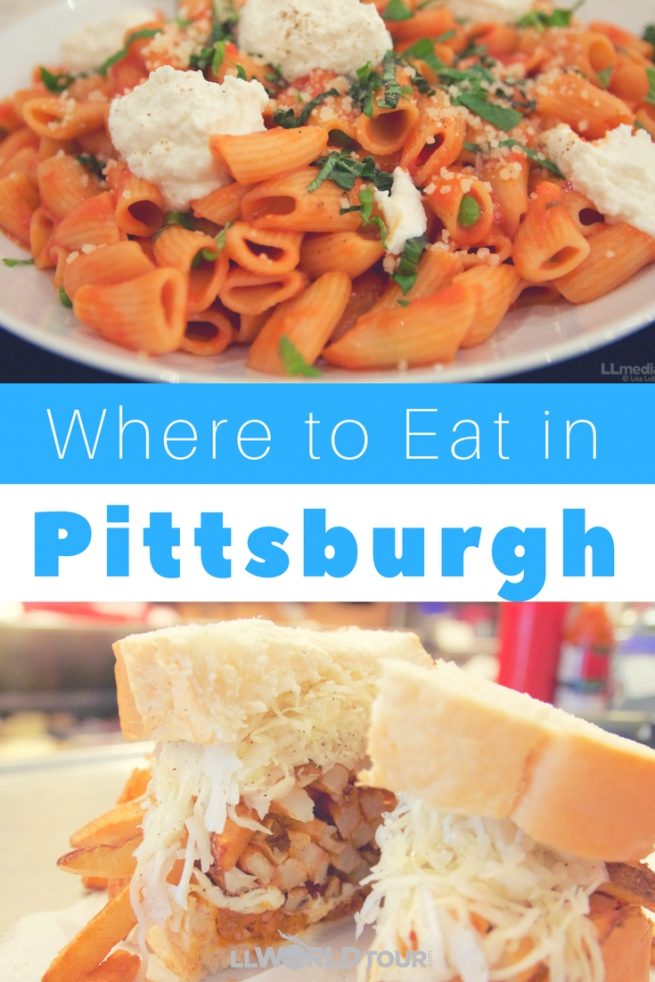 Disclosure: During my stay in Pittsburgh, I was guest of Visit Pittsburgh. As always, all writing and opinions are my own.

2017: The Year in Photos
Next Post: Destination Spotlight: Napa Valley