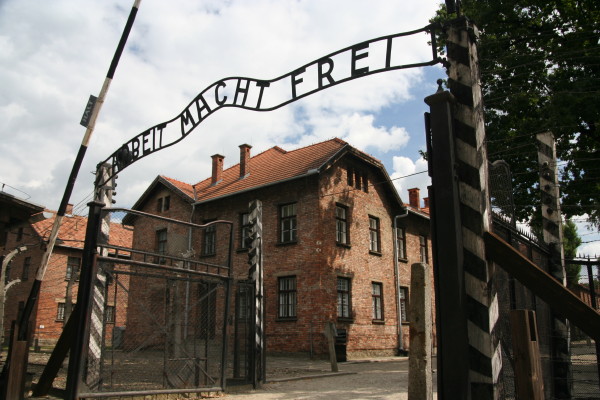 On average 5,000 people, mostly Jews, were gassed and killed at Auschwitz every single day. Five thousand each day.

In the second half of 1941, the Nazis cemented their “Final Solution” and decided to literally destroy the entire Jewish race one by one. Unfortunately, the Nazis plan was absolutely working. Beginning in 1942, Auschwitz operated as a death factory. Auschwitz was the biggest, most notorious concentration camp in the Nazi system and the center for the mass extermination of the Jewish population of Europe. 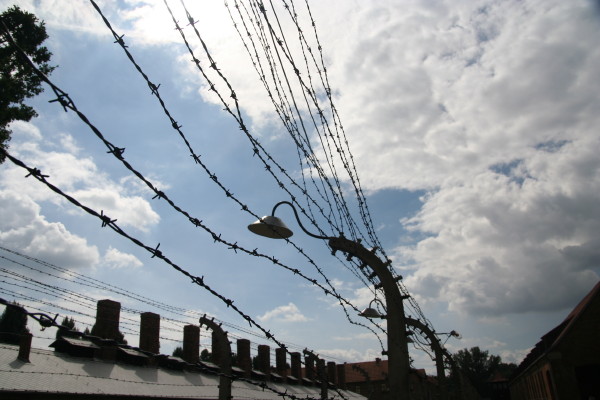 Located in southern Poland, it took its name from the nearby town of Oswiecim (Auschwitz in German), situated about 50 kilometers west of Krakow. Ironically, the bus ride to Oswiecim was quite beautiful. Lush green hills and valleys, cute homes… I can only imagine how this was for those being carted off like cattle to the hell that awaited them. If you plan to visit, read more about how to get to Auschwitz from Krakow.

This was the site of the systematic murder of over a million innocent people—90% of them Jews from every corner of Europe. Apart from the majority who were killed upon arrival to the camp, the harsh work requirements, combined with poor nutrition and hygiene, led to high death rates among the rest of the prisoners. Painful, debilitating medical experiments were also conducted on prisoners including women and children by Josef Mengele. Walking around the brick former Polish army barracks was quite surreal. We’ve seen so many images of Auschwitz on film and in photographs that it really felt like I was on a Hollywood movie set. It was so hard for my brain to accept that this was real life for all those innocent people just 50 years ago. But, what was the most shocking to me was Auschwitz II, commonly known as Birkenau, just three kilometers down the road. It was huge and largely untouched, unlike the main Auschwitz camp which had recreated barracks, and exhibits. Birkenau was just row after row of the foundations of the former cell blocks plus the bombed out crematoriums that the Nazis tried to destroy as they fled the camp at the end of the war.

Prisoners were transported from all over German-occupied Europe by rail, arriving at Auschwitz-Birkenau in daily convoys. Arrivals at the complex were separated into four groups:

The Nazi plan displaced millions of families from all over Europe. Their massive concentration camp system, with well over one thousand camps of various sizes, was all designed to imprison innocent humans considered sub-human by Nazi standards. Every human right was replaced by Nazi laws, rules and arbitrary decisions. Death camps, like Auschwitz, constructed for the sole purpose of mass executions by means of poison gas, shootings, starvation, disease, and torture were used by the Nazis to exterminate those fellow humans–men, women, children and infants, by design. There are those among us, who say the Holocaust didn’t happen at all. Or maybe a few people were killed, but not millions. Historical facts have proven time and time again, that the Nazis planned and implemented their plan to rid Europe of all its Jews and others whom they considered sub-human. Accurate numbers for exactly how many humans died as a result of the Nazi plans are simply not available and never will be. Research by some of the world’s most able historians place the number of Holocaust victims to be not less than twelve million and probably more. 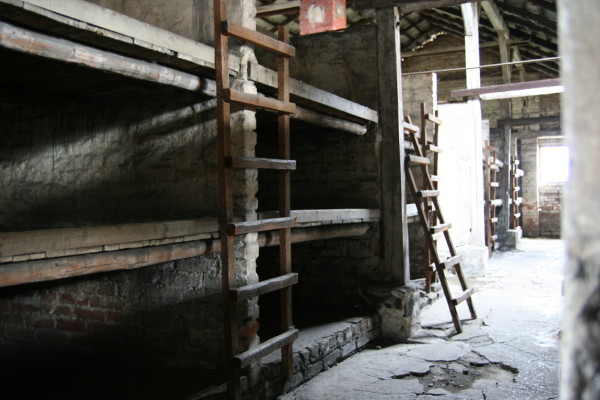 The End of Auschwitz

The gas chambers of Birkenau were blown up by the SS in November 1944 in an attempt to hide their crimes from the advancing Soviet troops. On January 17, 1945 Nazi personnel started to evacuate the facility; most of the prisoners were forced on a death march west. Those too weak or sick to walk were left behind; about 7,500 prisoners were liberated by the Red Army ten days later.

A touching and ironic end to the day–as I left, groups of Israeli students were sitting on the grass for a snack break. And just under a stand of trees was a whole group of traveling Christian Monks. The Israeli kids decided to go over and join them and they all began to sing and dance and clap—a pretty uplifting moment for a place that’s unfortunately tainted with probably some of the most negative energy on the planet.

High on Krak?
Next Post: “Wait a minute Mr. Postman…”